This forces manufacturers and processors of polymers to think about keeping the competitiveness, and, as a result, to search for the new products that will fit the market and will have economic feasibility at the same time.
The tendency of the last decades in the chemical industry consists in reducing the content of the basic substance without reducing the efficiency of the entire product composition. This is connected with the tightening of environmental norms and economic demands of the market.

As for the polymer industry, the technologists and the heads of the companies followed the way of increasing the filler's share in the composition and faced a number of undeniable problems that can not be solved directly by the polymer processors themselves, because the problem of increasing the cost of the components leads to new turns in the race for cheaper prices.
If the rise in price of resins and stabilizers can be reduced to nothing, the increase in the cost of pigments results only in increase of the cost of the final product.
During the last 50 years the scientists have been working on the problem of the effectiveness of pigments increasing. A number of works were brought only to laboratory tests. No work has been brought to the industrial scale. In close cooperation of the scientists of the Institute of Solid State with the technologists of our company, the tests were carried out and the regulations for the production of pigments as replacement of titanium dioxide were developed.

In 2016 our company launched the production process of the carrier synthesis and the interlayer epitaxy, as well as the inoculation of pigmentary titanium dioxide. The certification of the production, the laboratory complex and the finished products were carried out.
The first lot of the product was received by the buyer and received positive reviews. The majority of our partners and colleagues in Russia, Kazakhstan, Belarus and Moldova carried out the implementations at a number of paint and polymer industries.
At the present time the company YUGHIMPROM is the only manufacturer of rutile pigment, and our assortment allows to satisfy any needs of the buyer.

The company's capacities are constantly developing and undergoing changes in order to propose the buyers a stable quality and timely deliveries. Various bases and pigments are tested on the basis of the company's laboratory complex.
At the present time the line for the production of phthalocyanine and iron oxide pigments is being installed. This will give the possibility to produce the entire spectrum of pigments and dyes on the same site.
The plan for 2017 includes the development of the service of regional representatives, technical assistance to partners, as well as the implementation into the largest companies-processors, where industrial tests have already been scheduled. 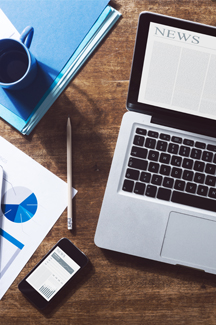 E-mail: This email address is being protected from spambots. You need JavaScript enabled to view it.

We have 9 guests and no members online